Estonia: The Country That Believes In Entrepreneurs 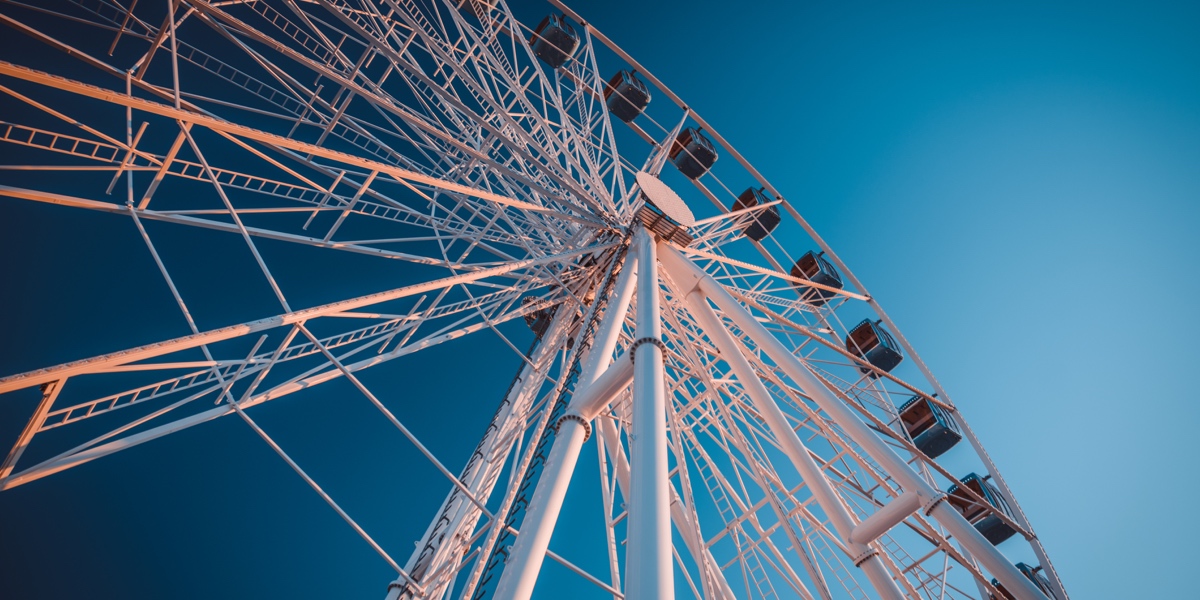 Estonia has turned entrepreneurship into the engine of its economy. This is not a gratuitous claim. Estonia is a country that believes in entrepreneurs, and demonstrates that with its laws and measures every day.

In this article, we want to highlight the advantages that Estonia can offer you as an entrepreneur or member of a startup.

A Country Can Make It Easy For Your Company… Or Difficult

The International Tax Competitiveness Index measures how easy or not it is to build and run a business in the different countries of the OECD according to several metrics.

The structure of a country’s tax code is an important determinant of its economic performance. A well-structured tax code is easy for taxpayers to comply with and can promote economic development while raising sufficient revenue for a government’s priorities. In contrast, poorly structured tax systems can be costly, distort economic decision-making, and harm domestic economies.

Estonia has held the 1st position in the tax competitiveness index for several years. At the bottom of this ranking, we can find countries such as France, Italy, Israel, Greece, Portugal or Spain.

Estonia’s commitment to entrepreneurs and startups

After recovering their independence from the former Soviet Union, Estonia found its way to thrive and integrate into Europe by digitalizing its entire administration. This not only reduced public expenditure but also allowed entrepreneurs to open and run a business in a simple and transparent way, completely online.

Later, thanks to the e-Residency program, Estonia allowed any person in the world to open a company entirely online. We are talking about a country where the government planned to develop their own cryptocurrency, the Estcoin.

Starting a business -alone or as part of a company or startup- is hard. Launching a small company and make it grow is a heroic achievement. When your government, instead of helping you, makes it harder, it may become impossible.

We want to show you other options and alternatives, and more friendly countries to host your project. Our goal is encouraging other countries to follow the steps of Estonia, building digital nations for their citizens and empowering them to conduct business internationally, without borders. We believe that this is the future, and we would be proud to be part of that process of change. 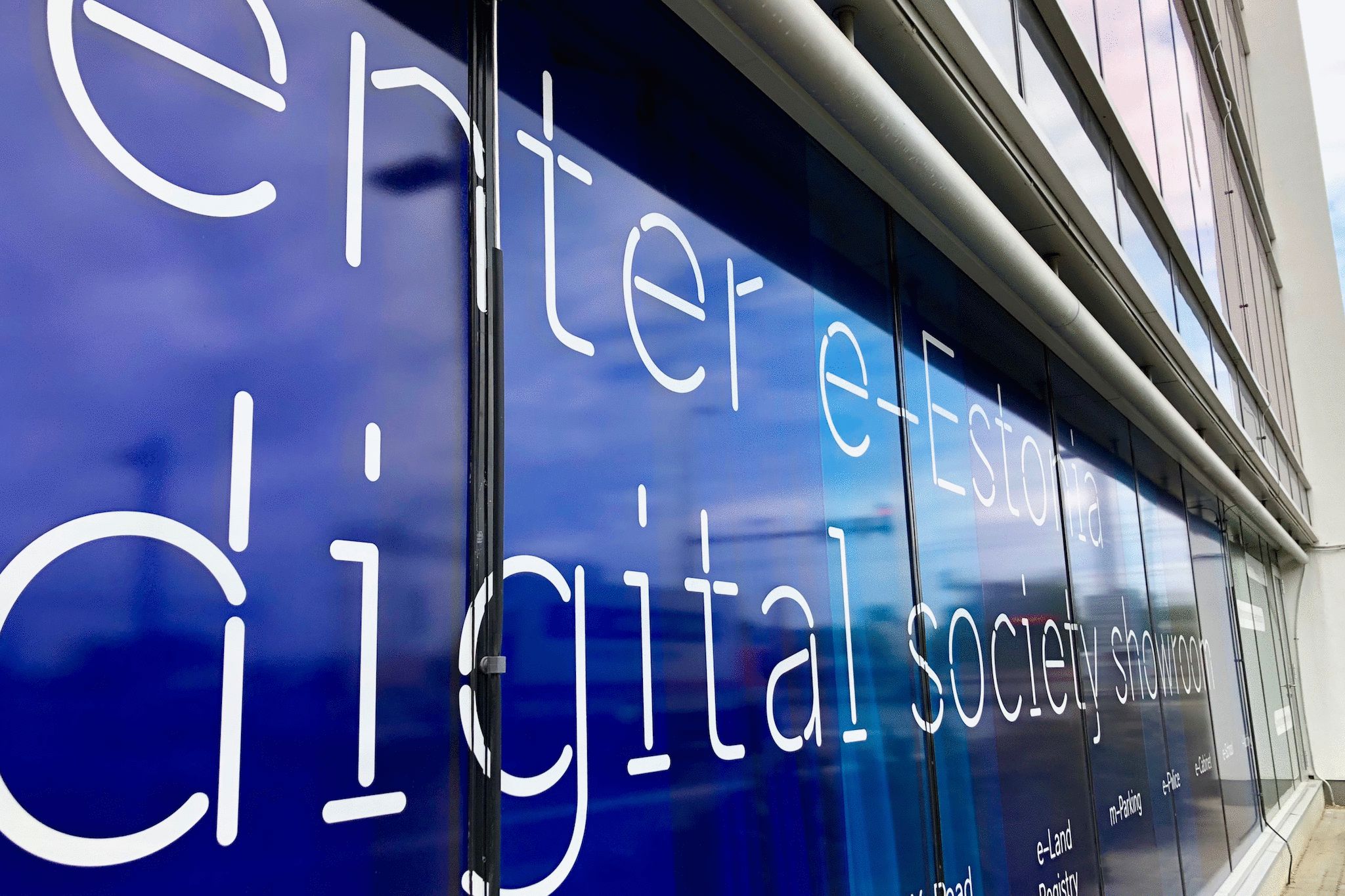 A Country That Empowers Its Citizens

This commitment to entrepreneurs is just a small fraction of the commitment of Estonia toward empowering their citizens. As an example, public transport has been free in the city of Tallinn for some time now, and recently the Estonian government declared that it would extend this measure to the entire country. That is, all residents of Estonia can travel for free throughout the country.

This may seem a controversial measure, but according to data from the Estonian authorities, investing in public transport and reducing traffic, jams and pollution has, in fact, meant a surplus for the country’s economy.

Advantages Of Launching Your Company In Estonia

Let us describe some of the advantages of opening your company in Estonia.

To begin with, Estonia has been digitalizing its entire administration for decades. To the point of being the first country that allowed Internet voting. Estonians can do any paperwork online, from paying their taxes to registering their new car or checking the school homework of their child.

But not only the Estonians. At the end of 2014, Estonia launched the e-Residency program, which allows any inhabitant of the planet to become a virtual resident of the Estonian digital nation. Although it does not give you any right to citizenship or residency, being e-Resident allows you to do very interesting things, like opening a company without stepping on Estonia.

Why is that important? Well, because as an entrepreneur, you can run your business while traveling, wherever you are. You can be a digital nomad, traveling around the world, and manage your company comfortably from your laptop as long as you have an internet connection.

Choosing An Estonian Bank… Or Opening A Bank Account Online

The Estonian government has made a tremendous effort to get to agreements with banking entities to make it easy for you to have a business in Estonia, wherever you are from. There are traditional banks in Estonia, such as LHV, that allow you to open an account even if you are not a physical resident in the country. We talked in more detail about how to open a bank account here.

In addition to that, there are a lot of digital banking solutions for your company. We are witnessing the disruption of many markets and business models in the last decades. Without a doubt, the last and most relevant one is the traditional banks.

Alternatives like Wise, or Revolut Business allow you to operate with your company digitally, opening a bank account for your business in a matter of days. We talk about those alternatives in detail in this post.

These alternatives are not only perfectly legal, but in some cases (like Wise) are supported and promoted by the Estonian government. Estonia is one of the few countries in the world that understands that in the future technology and location independence will be the standard in the business world, not the exception.

A Transparent And Simple Tax System

As a general rule, taxation is a nightmare for freelancers, small business owners, and even worse for companies. Most European tax systems are difficult to understand for most of us.

Why? They are complex. Too complex. Some of them seem even arbitrary to its citizens. However, lots of small business owners or freelancers don’t have the resources to hire an accountant, and end up trying to do the accountancy themselves. The results range sometimes from fines to penalties due to the inability to understand their difficult tax legislation. In practice, most of the times entrepreneurs and companies end up doing things wrong and hoping for the best.

The Estonian tax system is remarkable for being easy to understand and standardized, with no exceptions to the rules or exceptional rules. In this post we explain it in detail.

In some European countries, such as Spain, France or Greece, the vast majority (and here “vast” should be in capital letters) are not constituted as companies. Especially during the first years. Although this fact may not surprise us, it should at least worry us.

This is due to two main reasons. First, because registering a company can be a nightmare in many European countries (and even worse in some countries outside of Europe). Secondly, due to the monthly expenses of maintaining a company. If you are launching a startup, during the first months (or even years), you probably do not have clients or income. Maybe you are just three friends, well prepared, with a lot of enthusiasm, passion, and brilliant ideas… but not many resources.

In this scenario, the costs of founding your company, maintaining it, and paying fees, taxes on even the slightest income… Maybe too much.

Conversely, the Estonian model seems designed for startups. It seems to have been designed to promote the growth of small companies until they become big and start paying taxes for their employees, etc. For starters, you do not have to pay any monthly fee. Additionally, you do not pay taxes for the money earned or re-invested in the company. This includes any justified expense of the business, such as the invoice of your web developer, or services such as hosting and servers, public transport costs to see customers, a laptop … think about the possibilities.

That means that the first months, where there is almost no income, and the members of the startup are not receiving any salary, you do not have to pay taxes.

No geographical limits for your business

Another important advantage of the Estonian business system is the ability for you, your company, or your team, to be distributed throughout the world.

The e-Residence program allows you to sign documents digitally, thanks to the digital identity contained in the chip of your e-Resident card. This allows the partners of a company to sign legally valid documents.

This includes contracts, meetings of the board of directors, decisions of the shareholders’ meeting, or any other measure that requires the consensus and approval of its members.

Imagine the infrastructure you would need to do that physically by means of powers of attorney sent by postal mail all over the world.

If you are an entrepreneur, it’s time to ask yourself if your country is the right place to have your business. As we have said, opening a business and making it grow is difficult on its own, without your government making it worse.

It’s 2018. In Europe, opening a company should be something simple, and your authorities and institutions should support you and make it easier for you. After all, you are creating wealth and employment for your country.

We are convinced that in the future, governments will fight for the privilege of having you as a citizen. In this paradigm shift, citizens will be freer to choose which country deserves their business and taxes, and what is the best place for their children, or where they want to live.