Opening A Company In Estonia Changed Everything 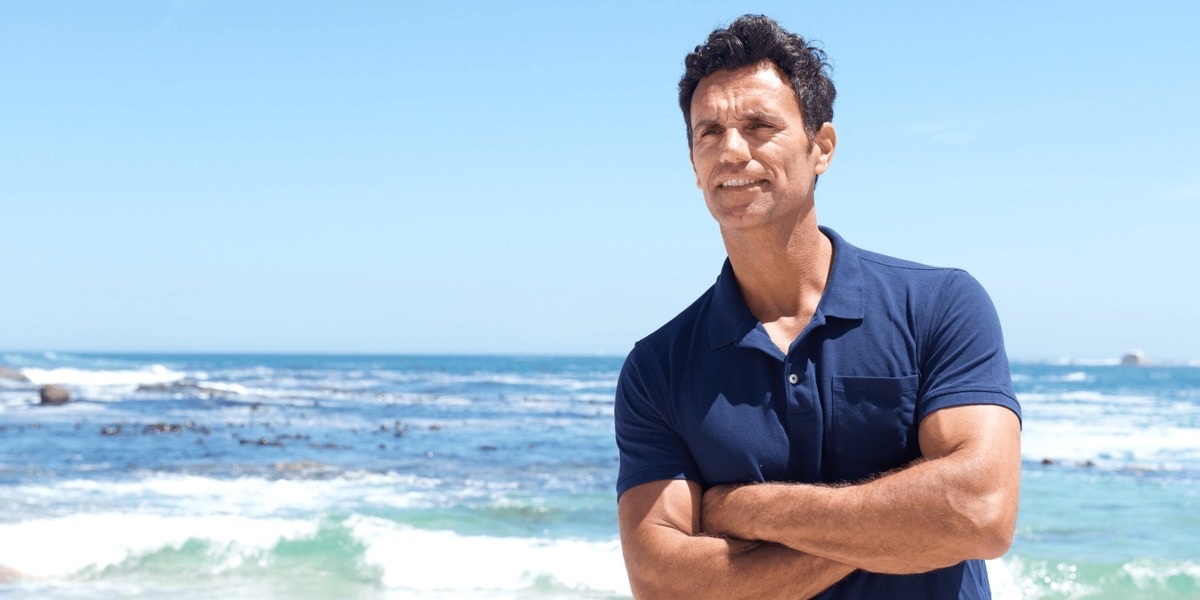 This is the story of Ignacio, and how, in his own words, opening a company in Estonia got his business off the ground. Ignacio is a digital nomad and entrepreneur originally from Spain that found in the e-Residency program of Estonia a way to have a location independent business that could follow him on his travels.

I want to share with you the reasons that led me to open a company in Estonia, and how was the process for me. That decision was a life changing one for me. If you are a freelancer, solopreneur, member of a startup or just a adventurous soul who want to have your own company, I am convinced that it can also be a life changing experience for you.

Why did I open a company in Estonia?

A few years ago, my partner and I decided to become digital nomads, traveling the world and working with our laptops wherever we could find a good internet connection. There was only one loose end: finding the right business framework to do it.

I had a company in Spain, but managing it was a real nightmare. I needed an accountant because I simply could not understand the spanish tax system. It was like reading Chinese for me. I was not able to comply with my tax duties, calculate my taxes, fill all the forms over and over again…

But most importantly, the Spanish administration is not ready for digital nomads, location independent freelancers or even simply startups. In Spain, if you are a designer or a developer, and you just want to have clients and charge them for your services, your are up for a challenge. The government makes it hard for you, and the laws are cryptic unless you have accountancy expertise.

The result? A fairly extended underground economy fed by a large group of freelancers who work outside of the system because they would not be able to comply with their tax duties with their resources. Obviously, that kills the chances for small businesses to grow and contribute to the economy at a larger scale. This situation is a disaster, and it is not the fault of the freelancer or the entrepreneur.

In my case, I was working 65-70 hours a week, earning good money working for American startups, and still struggled to have a decent salary. After taxes and everything, looking at my bank account made me cry. I developed a tick in my eye every time I received an email from my accountant.

The worst thing was not the numbers, but not understanding, every time my accountant told me that I needed to pay X thousands of euros, why I was paying all that money, where all those taxes came from. The system was obscure, and prone to mistakes, either by me or even by my accountant. And trust me, if you can’t understand what’s going on with the money of your company, you have a problem. You don’t need to be an accountant or bookkeeping expert, but you need to know the basics.

As if this was not enough, I needed to add the “freelancing fee” to the equation. This is a fee every freelancer or company owner needs to pay in Spain monthly, to have the “privilege” of working as a freelancer or have a company. This, in my case, was 340€ every month, regardless of my earnings that month. Yes, I could earn 0€ one month and still have to pay 340€ in taxes.

When I lived in Spain, I thought this was not fair, but obviously I didn’t know anything better. So I guess many entrepreneurs like me in Spain may even consider that “reasonable”, but as soon as you travel and get to know the business systems of other countries, you realize how unfair this is. Most civilized countries in Europe (especially northern Europe, Ireland, and the Baltic countries) have the concept of microcompany . This type of company is precisely designed to help small business owners or solopreneurs that don’t have that many resources. Spanish freelancing system seems to be designed, on the contrary, to discourage the birth of new companies.

Trapped in my own business

Despite having the freedom to work as a developer from home, with startups from all around the world, I felt trapped.

On the one hand, as a freelancer, I was paying so many taxes, that I ended up opening a company because my accountant advised me to do it, because supposedly companies have an upper tax limit. However, that solution was also a disaster, since now I had to pay a lot more to my accountant, do the bookkeeping, and a lot more paperwork that made me lose a lot more time every day.

The result? I was working even more hours a week, but had the feeling that I never made enough money.

And yet the worst thing was the feeling of insecurity, of not knowing what was going on with my company. As an example, on certain occasion, the tax office fined me because some of my customers had made an incorrect tax report including my invoices. So they fined me because it was “easier” that going after the other three companies. So I had to pay not only that fine, but another fine for late payment of the first one. For something that was not my fault.

That is just an example of many. Most of my entrepreneur friends have similar stories to tell.

One day I decided that I’d had enough. I was decided to look for a solution that allowed me to work for a living instead of living for work.

A trip to Latvia

By the time, we traveled to Latvia to stay there for one month. The startup community Techhub Madrid had closed and we had been given a free month in any other Techhub. Latvia had one, so we decided that it was the perfect chance to know the country.

Latvia is a European country, but very affordable, and Riga is a beautiful, easy city to live in. As the cold and rainy weather was not a problem for us, it seemed like the perfect place to work for a month.

We spent all of July there, and I fell in love with the city. Speaking with the TechHub community manager, he told me about the microcompany entity in Latvia, which had very good tax conditions for small business owners, and was light years ahead of a Spanish company. At that moment I had one of these revelations: “There is life beyond the Spanish business system”. 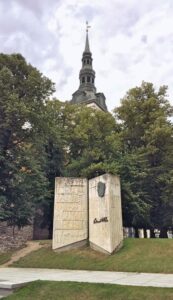 However, a company in Latvia still had problems, such as the need to visit an office physically every now and then, and a lot of red tape. Though a lot better, the tax system was still not that transparent for me. The bank account was also potentially a problem, especially when I decided to move to another country… it was not the perfect solution for the lifestyle we were after.

Talking to a friend who, apart from being a great designer, has been a digital nomad for years, I mentioned my quest for a location independent business. He told me: “take a look at the neighbor country, Estonia, they have a program called e-Residency that allows you to open a company remotely and operate it completely online, banking and all”.

I could not believe him, so I did some research online about this e-Residency program from Estonia . The concept seemed revolutionary to me, the more I read, the more I was convinced that it was the way to go. So when you become an e-Resident, they would give you an ID with a digital chip that allowed you to identify yourself securely with the Estonian administration, sign documents and create a company that you could manage from your laptop, and do banking completely online? It seemed so good to be true.

I read for weeks, I read everything I found on the subject. I also came in contact with some digital nomads who had become e-Residents and now traveled all over the world while doing business from their companies in Estonia.

Finally, with all the information in my hands, I decided to do it. I was going to found my company in Estonia, Yay!

A company in Estonia… And beyond!

The plan was quite simple: we would stop being residents in Spain for good, and kickstart our nomadic life in Riga. At the same time, we would become e-Residents and open our business in Estonia. From that moment on, we would travel around the world operating our companies remotely. 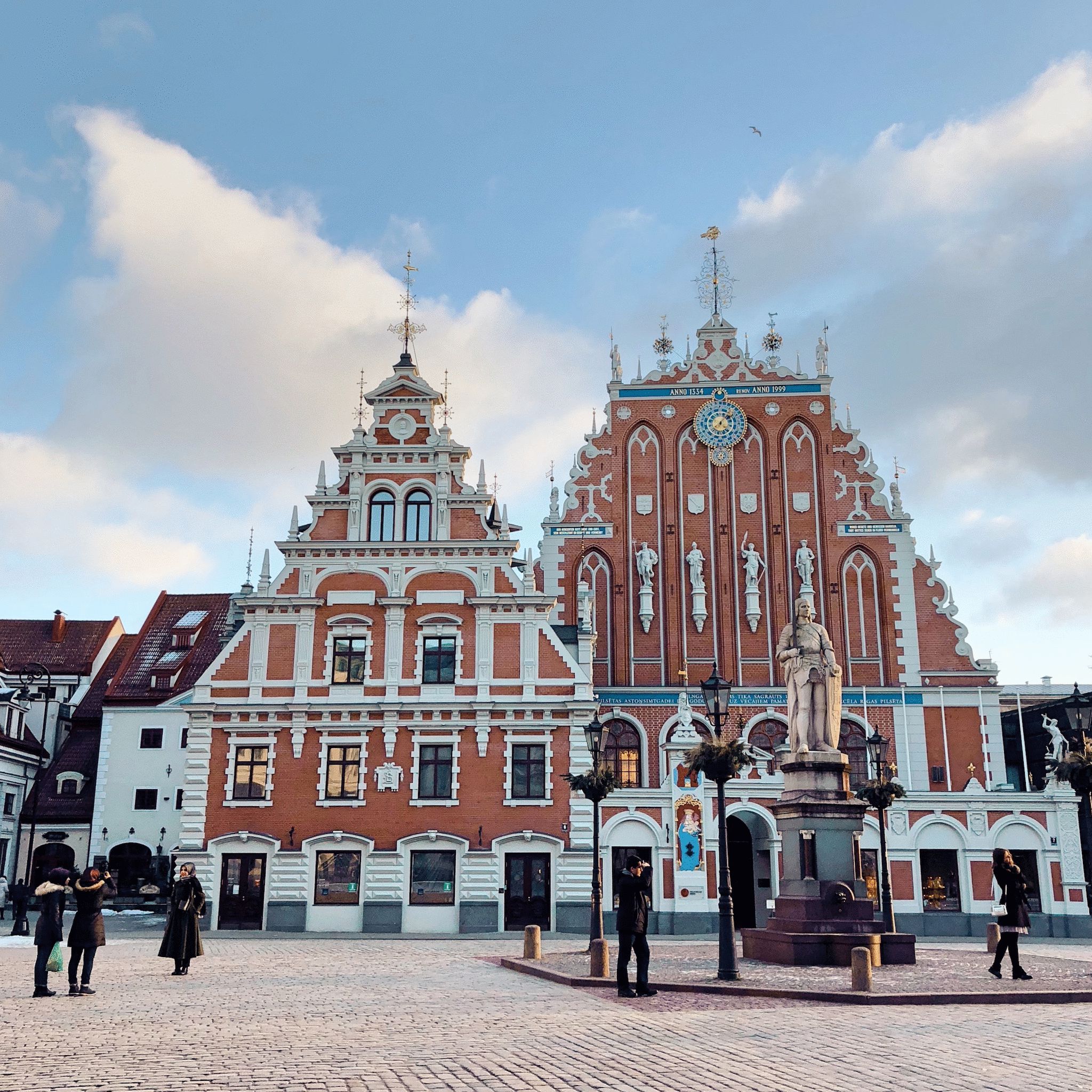 So we got to Riga, registered at the embassy as long-term residents in Riga, filled the necessary documents at our home country’s tax office, and settled there for six months while closing all our pending stuff in Spain.

The moment of freedom

Finally, I registered my company in Estonia, opened my bank account and got my VAT number. That moment was a turning point in my life. Gone were the sleepless nights thinking about taxes, invoices, and VAT reports. Gone was the distress of expecting an unpleasant email in my inbox from my accountant or the tax office…

For me, now, taxes are as simple as uploading my sales and purchase invoices. That’s all. Once a month I authorize the payment of taxes if necessary… And that’s all. This freedom has allowed me to focus on my business.